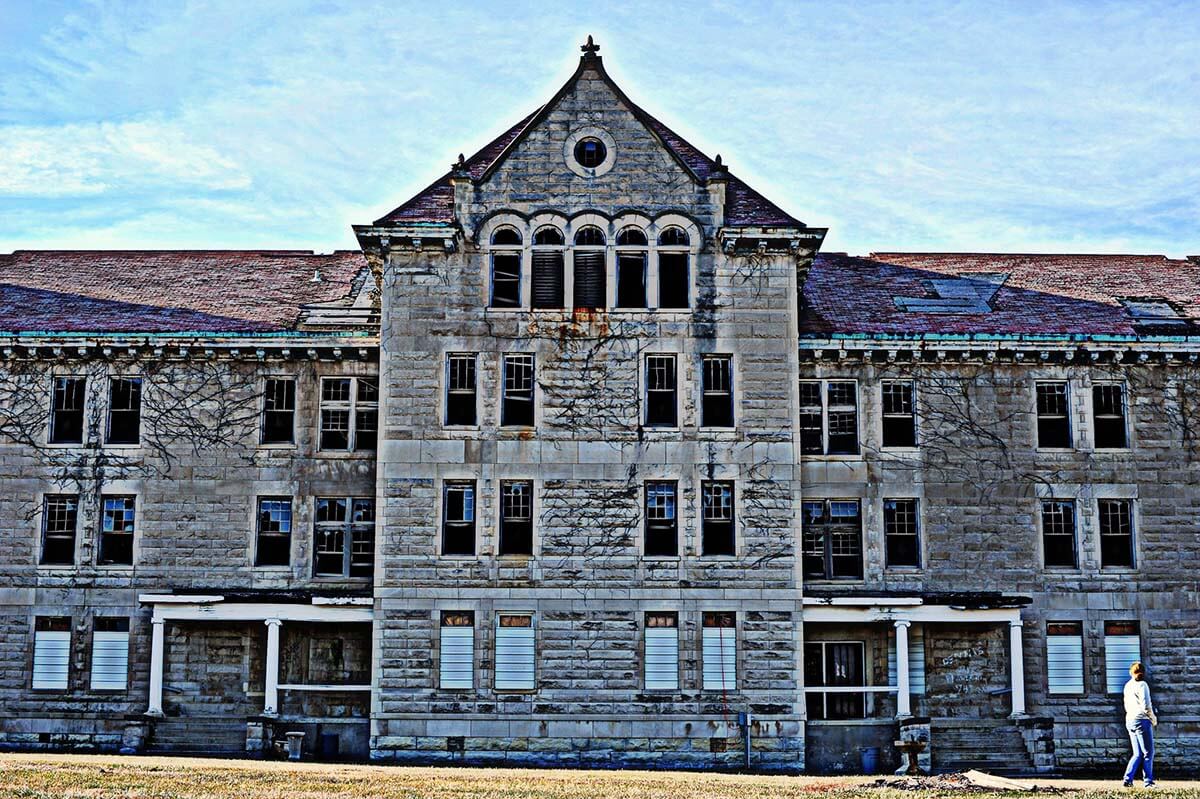 The Bowen Building on the Peoria State Hospital grounds, which was demolished in 2016/By Viewminder, CC BY-NC-ND 2.0 via Flickr

Troy Taylor is based in Jacksonville, but he has been ghost-hunting all over Central Illinois for over two decades, sharing his experience with the public in various ways.

Taylor says he offers his clients the chance to actually investigate a location for possible evidence of lingering spirits — a paranormal experience without all the hype. If that’s too intense for you, Taylor also offers tours of noted ghostly hotsposts.

“I have been writing about haunted history, true crime and the unexplained since 1993 and started the Haunted Decatur Tours a year later, so they’re in their 26th year now,” says Taylor, who, not surprisingly, is having his busiest time of year.

On Nov. 2, Taylor’s American Hauntings crew will take the curious to explore the Pollak Tuberculosis Hospital on a nighttime investigation on the grounds of the Peoria State Hospital (aka Bartonville State Hospital or Illinois Asylum for the Incurable Insane), in the Peoria suburb of Bartonville. It is said that restless spirits roam the abandoned wards and corridors of the old building. If you think you can handle it, reservations are still available as of this writing.

The A&E television show “Ghost Hunters” investigated the site in 2013, sparking national interest. YouTube has a number video investigations at the old asylum too, including one that also investigated the three cemeteries on the property.

Another property that has gained national notoriety and is even creepier is Ashmore Estates in Ashmore. The site was featured in another “Ghost Hunters” episode, also in 2013. Beginning in the mid-1800’s, Ashmore was the Coles County Poor Farm. In 1870, a small brick building was constructed, and inmates resided at the county farm, where there were 32 deaths recorded in a nine-year period.

It was shuttered in 1987 but has had another life as a paranormal investigator’s dream and is said to be haunted by numerous spirits.

A handful of other Central Illinois locales have caught the eye of paranormal investigators.
In Decatur, the Avon Theatre has been the place of sightings of a number of ghosts, including a woman in a blue dress and an uniformed man in a costume from the 1930’s, according to Taylor, who has been told the theater has been haunted for decades.

The Frank Lloyd Wright-designed Dana-Thomas House in Springfield is another allegedly haunted place, known for a strange humming that has been heard in the dark billiard’s room in the basement at the estate. Even without the humming, the area does have a dimly lit creepy factor, including a walk-in vault where Dana was said to keep her valuables.

Cover photo: The Bowen Building – Nurses Dorm and Administration on the Peoria State Hospital grounds, which was demolished in 2016/By Viewminder, CC BY-NC-ND 2.0 via Flickr