It’s unusual that a single street festival can celebrate classic cars, while commemorating the horse and buggy days when one Abraham Lincoln could be regularly seen in the Bloomington courthouse.

Only in Bloomington could such a party happen, as the annual Lincoln’s Festival on Route 66 takes shape. The festival began a decade ago as a way to mark the area’s Lincoln ties. Then in late 2016, the committee decided to expand the festival to include events highlighting the area’s connection to America’s Mother Road.

New activities for this year’s downtown fest (July 19-21) include a vintage baseball tournament in just the way old Abe would recognize, and a classic car cruise-in. For history geeks, there will be theatrical and living history performances, a Civil War encampment and battle reenactments, an historic bike show, and presentations by historians and exhibitions of rare Lincoln and Route 66 artifacts.

Roughly 200 antique and vintage vehicles will be parked around several blocks near the McLean County Museum of History on Saturday (July 20) afternoon. Frank Norris, a retired historian for the National Park Service, will provide a unique look at the history of the Mother Road with a presentation called “Courageous Motorists: African American Pioneers on Route 66.”

Mr. Lincoln himself (or at least a skilled impersonator) will be in attendance, sharing his experiences as an attorney traveling the Illinois Eighth Judicial Circuit with his Bloomington BFF – David Davis, the attorney and U.S. senator he would appoint to the Supreme Court in 1862, providing festival-goers with opportunities for one-of-a kind selfies.

Here are detailed listing for some of the festivals’ key events: 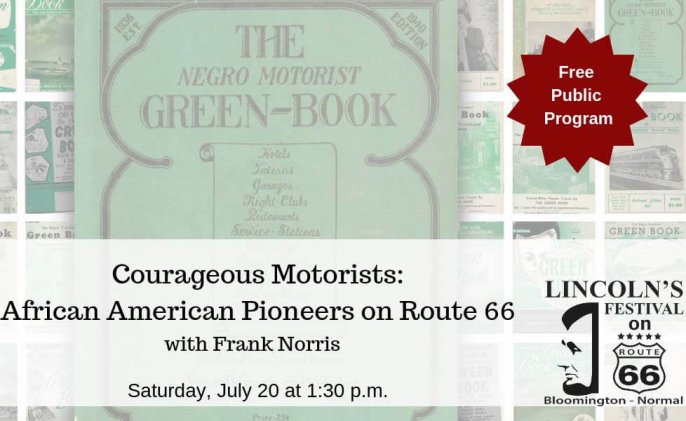 African-Americans driving on American roads during the Jim Crow era had to navigate an often hostile world in which most motels, restaurants, and other roadside establishments refused service to them. This presentation by Frank Norris, a retired National Park Service historian, will show what it was like for African Americans to drive west on Route 66, and how that experienced changed over the years as the west developed and racial attitudes began to change.

Kids of all ages are invited to build structures honoring Abraham Lincoln using recyclable and other interesting materials.

Scholar Laura Keyes will share the history of Mary Todd Lincoln’s personal photo album – a precious artifact she compiled over many years. 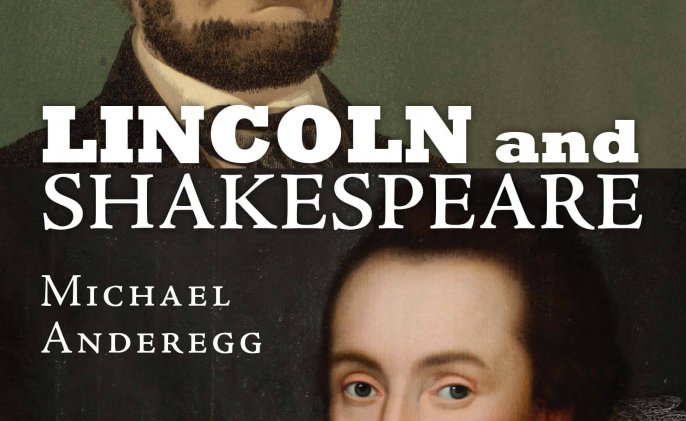 Lincoln’s Festival on Route 66 and the Illinois Shakespeare Festival come together in this special presentation based on Michael Anderegg’s 2015 book, “Lincoln and Shakespeare.”