Christopher Holbrook may have passed away in 2018 after a long bout with cancer, but his legacy continues to reverberate across the Peoria art community.

Bradley University, where Holbrook taught drawing and other art classes since 2006, celebrated his life and work with a retrospective last year. Now it’s the Contemporary Art Center of Peoria‘s turn to pay tribute with “Unique Impressions,” an exhibit focused on the collograph technique he perfected in his latter years.

Collography (or collagraphy, depending on whom you ask) is the process of making a print of a collage. In its basic form, collography is simple enough to be suitable for school projects, but Holbrook took the art form to dizzying levels of complexity.

CAC Executive Director William Butler, who was a good friend of Holbrook and got to see him in action as he taught several classes at the center, took some time to show me around the exhibit and describe Holbrook’s process — or rather, try to deduce which process he used to create particular pieces.

“What made [Holbrook’s approach] unique was that it combined so many printmaking techniques all in one piece,” Butler said. “And even though they were calling them collographs, they’re really so many different things.”

At times Holbrook used a technique akin to chine-collé, which involves taking a piece of fabric or paper and printing it simultaneously with the plate. “This is probably a linoleum relief print,” Butler said, pointing to one piece. “He also had etching elements in some of these.”

“What he would do sometimes was to cut out little pieces of cardboard, little shapes that would be glued on the surface, so there would be all these very slight different levels,” Butler went on. “And then he would ink that whole plate, like you do an etching plate, and then wipe it clean. And the ink gets caught in the cracks and crevices, and so as you pass it through with the wet paper, through the press, it would pull those little spots out and print them onto the paper.”

And that was just what it took to create one piece. At times Holbrook would incorporate into his works various fabrics, hand painted elements, puzzle pieces and dribbles of glue. His creativity was such that he could use the same plate to craft several different pieces; the basic building blocks may be recognizable, but the finished product is completely different, as you can see if you pay very close attention as you walk around the exhibit.

“Unique Impressions” is on view through Feb. 21 at the Contemporary Art Center of Peoria 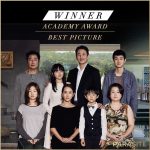