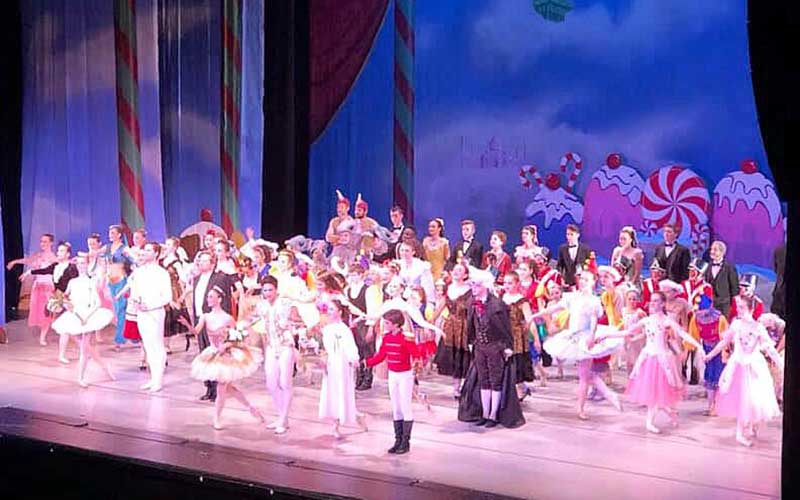 It’s that time of year where magical and royal mice, a princely Nutcracker and gorgeous costumes and backdrops dazzle both young and old.

The Nutcracker is one of those productions that never gets old, even as Tchaikovsky’s score turns 127 this year. And before the season escapes us, there are multiple productions in Central Illinois worth seeing.

The first production in the area opens on Thursday, Dec. 5, in Champaign at the Krannert Center’s Tryon Festival Theatre at 7:30 pm. Per tradition, the Champaign Urbana Ballet and Champaign-Urbana Symphony Orchestra, along with a number of local children, team up for a polished performance. Matinees will be held at 2 pm on both Saturday and Sunday. There will be other evening performances at 7:30 pm on both Friday and Saturday, in addition to the final performance Sunday at 6 pm.

Meanwhile in Bloomington, the Twin Cities Ballet will perform The Nutcracker at the Braden Auditorium at Illinois State University on Saturday at 2 pm. But no worries if you miss that group, as there will be a different performance on Sunday, Dec. 8, at 3 pm at the Bloomington-Normal Masonic Temple. This family-friendly production features the USA Ballet Youth Ensemble and Academy.

And farther down Interstate 55, the Springfield Ballet Company will be presenting The Nutcracker next weekend. SBC’s performances will take place at the University of Illinois at Springfield’s Sangamon Auditorium. There will be matinees at 2 pm on Saturday, Dec. 14, and Sunday, Dec. 15, plus an evening performance Saturday at 7 pm.

Also next weekend, The Nutcracker will bring a large crowd to the Civic Center Theater in downtown Peoria. And although the River City hasn’t been doing The Nutcracker as long as Springfield has, they’ve been at it for quite a while; the Peoria Ballet’s records are a bit hazy, but they can trace the annual tradition to sometime in the late 1970s or early 80s.

You can experience Peoria Ballet’s production at 2 pm matinees on Saturday, Dec. 14, and Sunday, Dec. 15. There will also be an evening performance at 7:30 pm that Saturday.

But Peoria residents don’t have to wait that long, as the Civic Center isn’t the only place to see the iconic ballet in the area. In East Peoria, the Central Illinois Ballet will put on three shows — this Friday, Dec. 6 at 7 pm, and then Sunday at 2 pm and 7 pm. The performance at the Illinois Central College Performing Arts Center will feature the ballet’s newly formed professional company, students at Cornerstone Academy, and professional guest artists from New York and Chicago.

Central Illinois Ballet is directed by veteran ballet dancer Rebekah VonRathonyi, who is originally from Rochester, New York and has lived in Peoria for the last 18 years. She began her dance training at the age of eight with the Botsford/Orcutt School of Dance, the sister school to the American Ballet Theater, under the direction of Mikhail Baryshnikov. She also studied under Luba Guleava and Maria Moglivesky, both graduates of the Kirov Ballet and Bolshoi Ballet.

Correction: This post initially listed the wrong dates for the Springfield Ballet Company’s performances. The dates have been corrected to Dec. 14 and 15.