As August arrives, the bad news is that we’re entering the homestretch of summer. The good news is that some of the coolest events across Central Illinois are still to come, and this weekend is no exception.

Battle of the First Fridays

Urbana or Bloomington? Both cities are going out of the way to entice you to hang out in their respective downtowns. Urbana’s main draw is a CLAW Champaign Ladies of Amateur Wrestling smackdown! Huh, yes, with tongues held firmly in cheek.

There are several other performances on tap, including a dance party with Something FUNKY, and it’s all happening from 5:30 pm-10 pm outside Urbana’s 25 O’Clock Brewing Company.

Meanwhile, Downtown Bloomington is wooing dog lovers with a photo contest and other pooch-related activities from 5 pm-8 pm, in addition to artists demonstrations at several galleries.

There’s only one actual opera company in Central Illinois, and they just kicked off their (very) brief summer season. So if that’s your thing, make a beeline to Bloomington for MIOpera’s performances of Strauss’ Die Fledermaus and Puccini’s La bohème. Both are happening at the ISU Center for the Performing Arts, the former on Aug. 1 an Aug. 3, and the latter on Aug. 2 And Aug. 4.

We already previewed Urbana’s inaugural Crystal Lake Park Arts Fair, which is happening on Saturday. But we need to add that the Contemporary Arts Center of Peoria is doing its own take on First Friday, when you can visit the studios of 10 resident artists from 5 pm-9 pm.

And the McLean County Arts Center (MCAC) is hosting artist receptions on Friday from 5 pm-7 pm in connection with three new exhibits: “Madcap Mayhem,” featuring works by Michael Amis, William Butler and Dominic Henkelman; “Eye Candy,” with works by Rock Island-based abstract painter Elaine Rexdale; and “Imperfect Symmetry,” featuring Bala Thiagarajan’s works inspired by the culture of her native India. Here’s a work by her that we spotted at MCAC earlier this year:

Musicals abound this weekend. For some reason, the Royal Shakespeare Theater’s adaptation of The Wizard of Oz, which is closely patterned after the beloved film classic rather than the L. Frank Baum book, is playing in Champaign’s Virginia Theatre on Aug. 2-3 and at The Springfield Municipal Opera through Aug. 11.

If you’re not into Dorothy and friends, you could also head to East Peoria or regular Peoria for Newsies or The Robber Bridegroom, respectively. Newsies, an adaptation of the 1992 Walt Disney film, is playing at the Eastlight Theatre through Aug. 10.

The Robber Bridegroom, which tells the Southern-ized Robin Hood tale of a backwoods rogue who is a gentleman by day and bandit by night, is playing through Aug. 10 at the charmingly monikered Cornstock Theatre Tent, which is an actual tent that we’re just dying to check out!

Decatur Celebration couldn’t be left out. This long-running event ruffled some feathers when it went from free to ticketed a few years ago, and its future really seemed in doubt earlier this year when its director resigned. But thankfully, it’s still on, all weekend, and it’s bringing everything from an old-school parade and carnival to a local Battle of the Bands to “I Swear” hitmakers All 4 One to Downtown Decatur.

And we have yet to find out why most Pride events in CI are not held on Pride Month, but we’re happy that River City Pride is about to unfurl the colors of the rainbow over Peoria on Saturday from 11 am-10 pm at the Glen Oak Amphitheatre.

More From: The CI Weekend Buzz 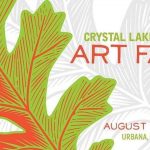