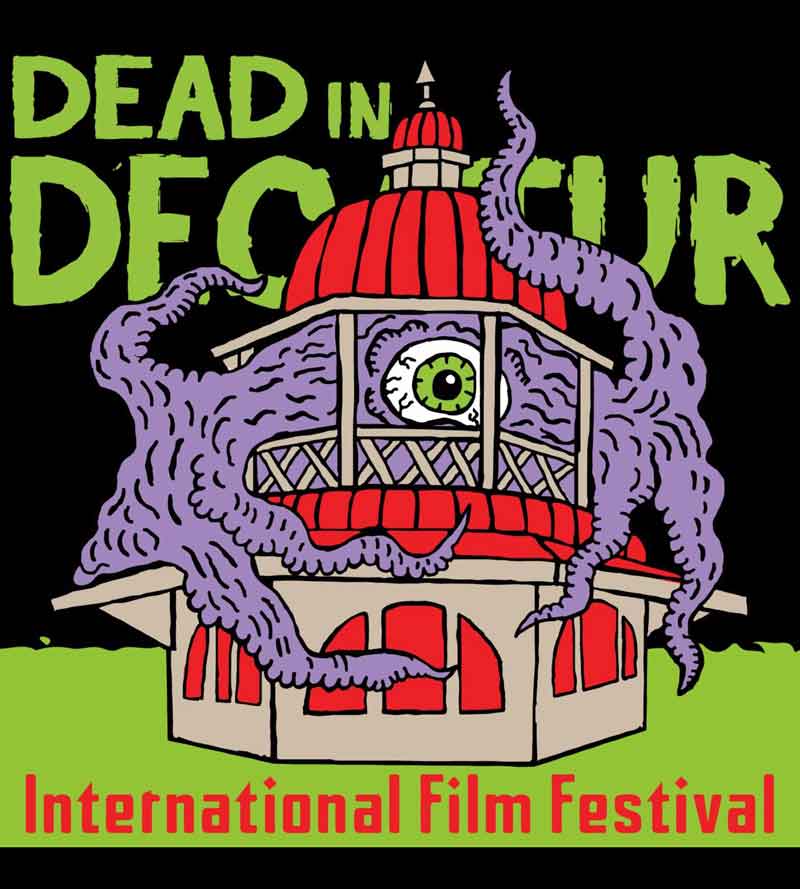 There are very few things I miss about Chicago since moving away more than two years ago. One of them is definitely the 24-hour horror marathon I used to attend every October at the Music Box Theater.

Thankfully, I’ve found a local alternative to keep the horror hound in me satisfied: The Dead in Decatur International Film Festival, which is stepping up a notch in its third year thanks to a partnership with the Decatur Area Arts Council, and is set to keep the Halloween fun going into late Saturday night.

Dead in Decatur is a different beast than other horror events; instead of bringing out a parade of classics and cult favorites, it invites you to discover new indie and, yes, international films. And instead of just having vendors hawking memorabilia, it offers several presentations and workshops on acting and the nuts-and-bolts of filmmaking.

So if you’re a perfectly normal human being who happens to be a film enthusiast rather than someone who spent your teen years flipping through Fangoria at your local newsstand and being called a weirdo by the other kids, this festival is for you too.

Festival organizer Zach Tindell sat through 240 submissions by global independent filmmakers (half were from outside the U.S.) to pick the best five feature films and about 60 short features for your enjoyment. Here are a couple of enticing trailers:

Saturday is when things kick into high gear, with an impressive slew of presentations, workshops and films of various lengths divided into several blocks. The Prime Time block that starts at 8:40 pm includes The Countryside, winner of Millikin University’s “Images in Motion” festival, and “The Darkening Hallow” by Carbondale filmmaker Michael Ricci.

If you don’t live in Decatur you may be thinking: “Gosh, it all sounds so cool, but driving back home late at night on I-72, I’m just not feeling it.” Guess what? You can stream everything from home at no additional cost!

Are you sold yet? If so, click below, or go here for the full festival schedule if you need further convincing.