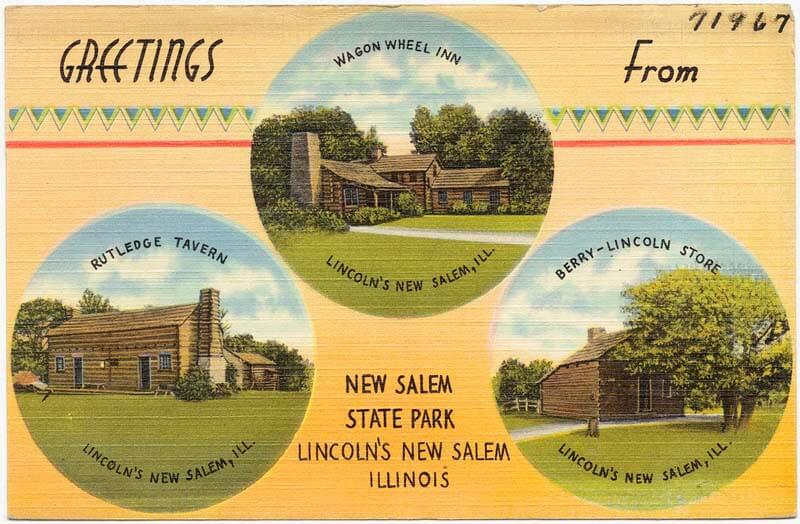 It was the first stop on what was to be my first Central Illinois road trip. I would say I was nine or 10, and I’m not exactly sure why, but I was captivated by New Salem.

Still am. Both my sons have visited over the past decade (even before we moved away from Chicago), and while the site has gotten some spiffy upgrades in recent years, it’s the log buildings that still capture the imagination.

Lincoln only lived there for a few short years, but it is thought that much of his early experiences in the actual village of New Salem formed his path in politics and later to the presidency.

On May 22, 1919, the acreage known as “Old Salem Hill,” where the village once stood, was conveyed to the State of Illinois. The faithful recreation of the village that stands to this day would come later, as a project of the Civilian Conservation Corps in the 1930s.

Yet if the buildings were empty, how would we know their stories? Interpreters in period dress will often entertain visitors with stories of New Salem and Lincoln and show how old tools and implements aided daily life on the prairie.

I personally remember loving the horses, flowers and other farm animals on the site. There was a mule that would show how the mill operated for instance.

For school children it has likely been a favorite field trip in that while it is a museum, it is also outdoors in the fresh air and sunshine. It also gives a glimpse of what Lincoln’s life may have been like before he was our 16th President.

In this day and age when virtual tours and other less authentic experiences have the power to dazzle, there is still something about a simple, quiet stroll in a small cluster of log cabins that can stir the mind’s eye for young and old alike who curious of what went on back when Illinois was officially the frontier.

Click through this slideshow for a look back at the site over the years!

A celebration of the site’s Centennial will take place on May 18; here’s the info if you want to check out the event this Saturday! 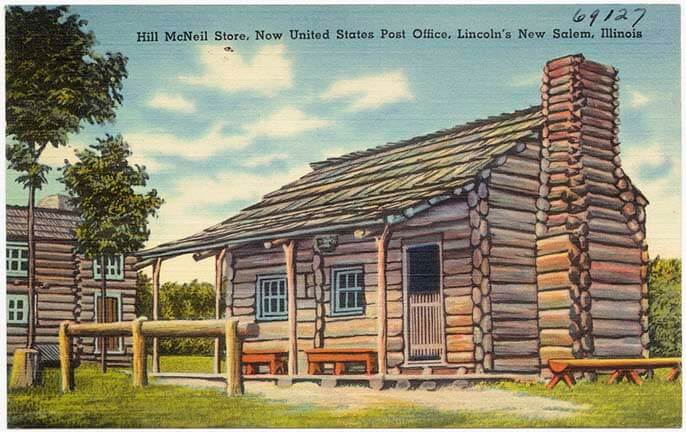 The site where the village of New Salem once stood was conveyed to the State of Illinois on May 22, 1919. On May 18, all buildings on the site will be open to the public to celebrate its Centennial. Storytellers will be present.