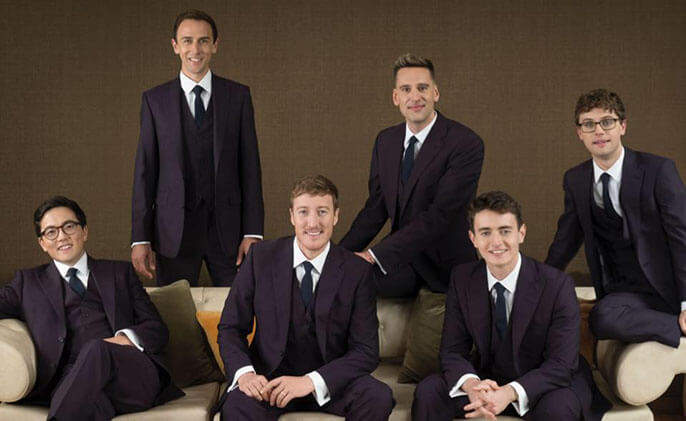 The King’s Singers are a British a cappella vocal ensemble that has always consisted of six singers, with their membership changing since their 1968 founding. And no, they’re not actually affiliated with royalty — they’re named after King’s College in Cambridge, where the group was formed by six choral scholars.

The King’s Singers perform 125 concerts around the world each year, and they’re performing eight shows across seven states during a U.S. tour that concludes in Stanford, California, on Nov. 10. The ensemble’s Krannert Center program, Finding Harmony, expresses the idea that singing is a language that can be spoken by anyone, and that uniting voices in harmony creates something greater and more beautiful than the sum of its parts.

The King’s Singers released earlier this month a new EP, The Library, Vol. 1, that showcases the group’s affinity for great songwriting and arrangements. You can stream it here:

This a cappella performance will contain a delightful range of music, from medieval chant to pop hits, from newly commissioned works to jazz standards.