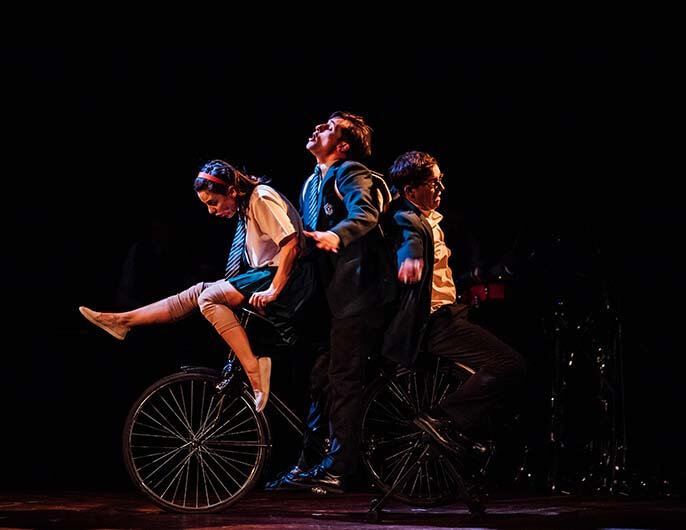 Noted British ensemble Theatre Re collaborated with neuroscientist Kate Jeffery of University College London to create a theatrical articulation of the different dimensions of memory and amnesia, connecting science with real life experiences.

The Nature of Forgetting is mostly non-verbal, using live music and movement of vigorous physicality to tell the story of Tom, a middle-aged father struggling with the early stages of dementia.

The Nature of Forgetting premiered in January 2017 at the London International Mime Festival, ran in August 2017 at the Edinburgh Fringe, and had an off-Broadway run at the New Victory Theater earlier this year. The Krannert Center performance will run 75 minutes without intermission.

The Nature of Forgetting

Where art and science meet, Theatre Re’s The Nature of Forgetting bursts forth with creativity, joy, and heartache.