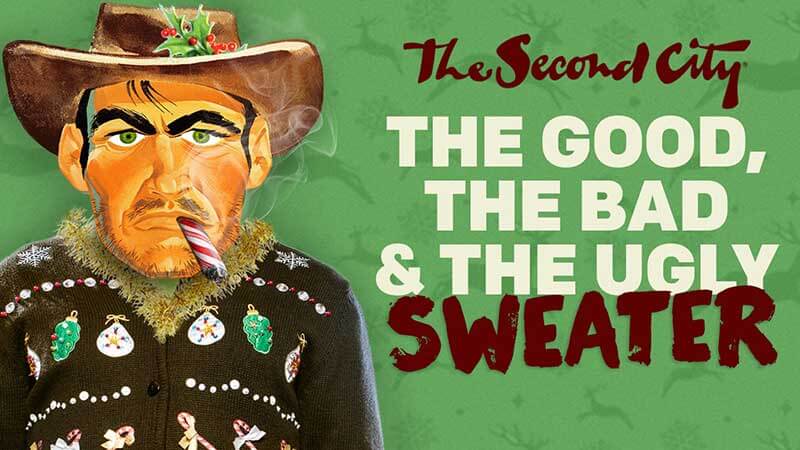 In the off chance that your Thanksgiving Day shapes up to be another dysfunctional family soap opera, you can still have a fun time with famed comedy troupe The Second City at downtown Champaign’s Virginia Theatre on Nov. 30.

“The Good, The Bad, & The Ugly Sweater” promises to keep you jolly ‘til that holiday hangover wears off, according to the theatre’s website. The show takes place at 7:30 p.m. with doors opening up 6:30 p.m. And depending on the Thanksgiving Holiday you have had, the show can’t roll on down from the Chicago area fast enough.

The Second City improv group is selling the show as a roast of sorts of everything we all ‘lovingly loathe’ about the silly season. You may best know Second City for its famous alums, many of whom ended up on Saturday Night Live, such as Bill Murray, Tina Fey, Steve Carell, Stephen Colbert, Amy Poehler and Dan Aykroyd.

The Good, The Bad, & The Ugly Sweater