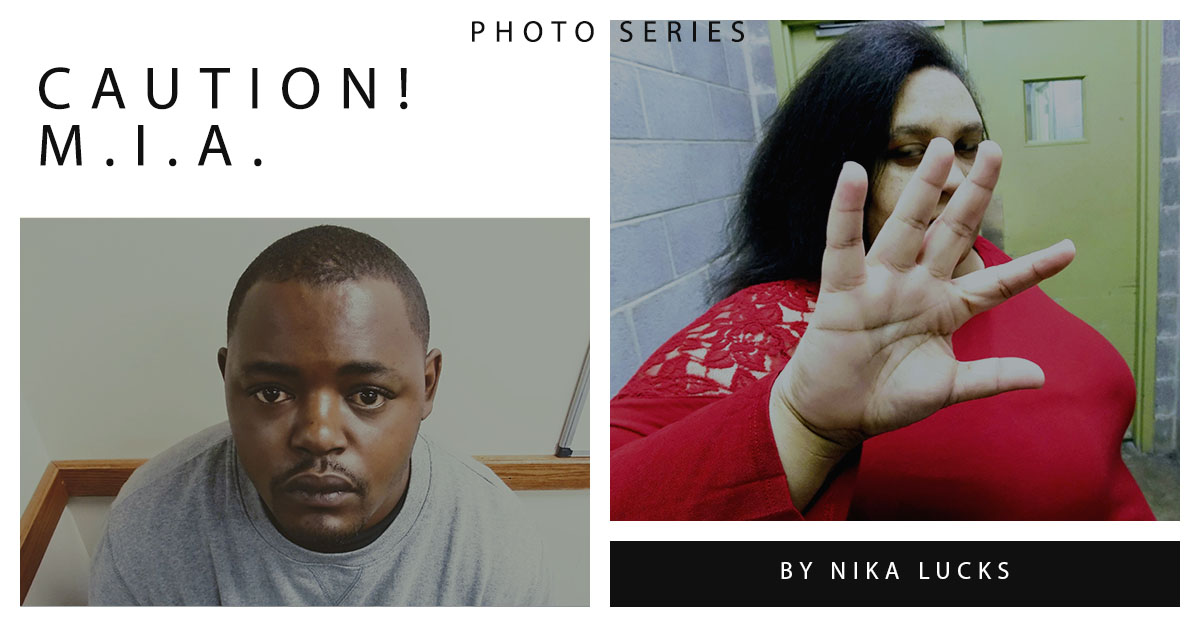 Nika Lucks (pictured below), a photographer based in Champaign, is working on a photo series titled Caution! M.I.A.

No, it’s not about missing persons; here the acronym M.I.A. stands for “mental illness awareness.”

There is a silent mental health crisis in the black community, Lucks said Friday while introducing the series during a presentation at PechaKucha Night Champaign-Urbana. She delved into the cultural reasons behind that.

“And the funny thing is, you don’t even talk about it among yourselves.” she went on. “We don’t talk about it, period. We don’t seek help. We don’t deal with it.”

Another problem is the black community’s lingering mistrust of the medical profession. “This is historically because we have been tested on, and experimented on, in the past, and even though it’s in the past, it’s still in the forefronts of our minds,” Lucks said.

And it doesn’t end there. “Having a mental health issue is also labeled as ‘white folks’ problems,'” Lucks said. “And we don’t deal with things like that — to have a white person problem, or to be labeled as ‘acting white’ when you seek help as far as therapy.”

Lucks highlighted an article she recently read — titled “Depression and African Americans – Not Just The Blues” — that gave her a better understanding of the issue. “Some of the questions that people will ask a black person is, ‘why are you depressed?'” she said “‘I mean, if your people can survive slavery, then you can … you’re strong enough to survive just being sad.’ Another things is being a black woman, and being depressed, or ‘sad,’ as they would say, is labeled as a weakness. And black women cannot stand to be labeled as weak.”

So Lucks turned to her artistic process as a way to raise awareness. For the Caution! M.I.A. photo series, she used two people suffering from conditions. “One person is depressed, and the other person hears voices,” she said. “So, two young black people — you think, ‘oh, these people just look regular.'”

“If you know someone who is suffering from a mental illness, I pray that you help them, and help them seek help,” Lucks said at the end of the presentation, highlighting post-traumatic stress disorder and post-partum depression as conditions to watch out for.

Lucks plans to hold an artist reception for Caution! M.I.A. in March or June of 2020; we’ll keep you posted. In the meantime, we hope you appreciate these images she shared with us.